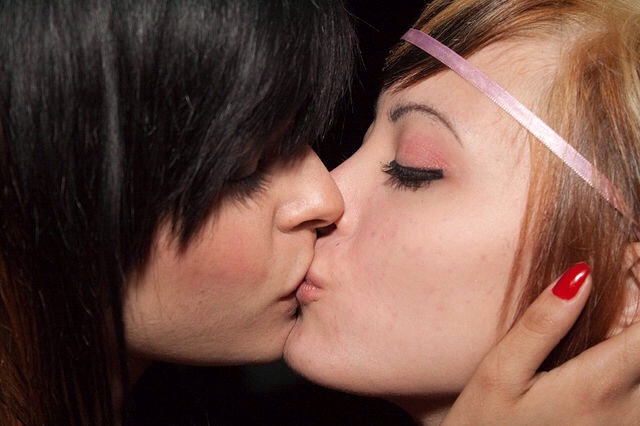 “Oh god, she’s dead,” a frantic voice on the other end exclaims in sheer panic and desperation.” The police need to speak with you about your association with Toni and her friends,” said her co-worker from Starbucks in Raleigh.  Toni had a fascination with living on the edge; experimenting with illicit drugs and risky sexual practices. “What happened, Claire could barely contain her composure as she sought to catch her breath, who died? Toni fucking died last night. They say she passed out, never regaining consciousness. A combination of blow and asphyxiation while tribbing with this foreign exchange student she met at the club downtown on State Street. She died having a good time…at least she went out with a bang.” Her new young lover from the University panicked, calling 911 before leaving her condo in Toni’s new BMW.

“They know you and her were living together for a while; they found a video of you two having rough sex and asphyxiation.  What the hell Claire.  Are you trying to be the next Paris Hilton or what!,” Sasha said.  “I know you are really deep into this voyeur and exhibition shit, but don’t be selling out your goods to the next cheap skank you see.”

In the background the sound of coffee beans grinding and Billy Idol belting out the chorus to Rebel Yell over the Bose speaker system.  “What should I say?  They are all up in my grill, asking me all types of questions about my relationship with you and your whereabouts-some detective named Todd Gaines.  He gave me his business card and shit. “Bitch you better tell me what the hell is really going on. I mean were you supplying drugs or sleeping with that dick dealer at NC State?”

Claire is just now coming to terms with the situation but it’s all too surreal at the moment. She hopes she’s in a pot-induced dream, like some wicked nightmare.  The one where you find yourself spiraling out of control, skydiving naked without a chute-hoping to wake up at the very last second before hitting the ground.

The last special act they shared together keeps popping up in her head.  So does the argument and the moment when she slammed the door, keying her car.  Claire feels a pang of guilt and regret piercing her vein like a needle with a lethal injection.  Why did I have to be such a bipolar bitch?  Deep down she is feeling a void left behind, a hint of remorse for screwing things up.  Maybe she killed herself on purpose, wishing it was me there and not some loner dick substitute.

“What should I say?  I know you are not the type to purposely get involved with the wrong people,” Sasha says sympathetically as if speaking to her long distant lover.  “You are crazy as fuck and that’s why I love you, but that’s why I’m worried now.  I just miss my favorite friend who I can talk some shit with and it won’t hit the fan.  Just be safe and stay low awhile ’till this settles down, ok moonpie?  “I will, says Claire, I love you to hell and back.  You’re my homegirl ya know.”

Sasha, her voice breaking up says, “Just promise me we hook up once your sweet ass gets back here Claire baby ok?  I need you now more than ever.” Sasha is now crying heavily, tears piercing her swollen eyes like pieces of jagged glass.  She is trying to hold back her true emotions and play the tough biker dyke persona but she is too bad an actress to pull this one off.  “I’ll shoot you a text when I get back on the road.  I’m with an old friend right now, don’t worry bout me-stay strong, but it’s best I don’t say where I’m chillin’ at the moment,” Claire says in a strong defiant tone, still numb from the shock of it all.  “I just can’t go there right now, at least not here.  I’ll make it up to you hon.  Love you forever.”

With that Sasha gives one last smack and says bye before the line clicks off.  The iPhone still clutched in Claire’s right hand as she takes a hit off the bong which was on the granite counter.  Some purple indica straight from her hook up in the Emerald Triangle.  She felt like Dorothy, high as a kite on the Yellow Brick Road.  Now she needs to plan her escape out of Atlanta and onwards to the Emerald City on the Golden Coast.